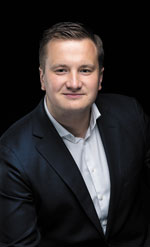 In 2017, Cābulis was the recipient of the Jāzeps Vītols Latvian Academy of Music’s annual award, and has won prizes at the Jāzeps Vītols International Choral Conductors Competition, the ‘Towards Polyphony’ competition in Wrocław (Poland), and the Juozas Naujalis competition in Vilnius. He has also developed concert programming with the NFM Choir, which is both one of Eastern Europe’s best professional choirs and the resident choir of the Wrocław National Art Forum.

Jurģis listens to almost anything, with distaste only for music that is overly modern or self-involved.

The most important elements that lead to an outstanding choral sound include the abilities of the choir and conductor to draw inspiration from one another, to be ceaselessly in development, and to be prepared to dive the greatest depths of possibility. Only then can there be improvement, quality and scaling of musical heights. I am delighted and proud of our collaboration, and relish each and every opportunity to work with such talented musicians. 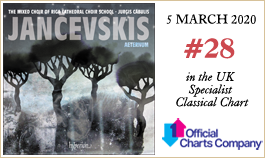