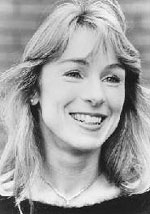 Her opera career began when she became a principal soprano with Welsh National Opera for whom she sang many major roles including Mimi (La Boheme), Janacek's Vixen (The Cunning Little Vixen, nominated for an Olivier award and filmed by the BBC), Jenufa, Tatiana (Eugene Onegin), Marenka (The Bartered Bride), Desdemona (Otello, a Peter Stein production recorded by the BBC), Gilda (Rigoletto), Poppea (The Coronation of Poppea), and recently Cio Cio San (Madame Butterfly).

Miss Field has sung with all the major opera companies in England. At English National Opera she sang Jennifer in Tippett's Midsummer Marriage, and Violetta (La Traviata), Nedda (I Pagliacci), Pamina (The Magic Flute), Donna Anna (Don Giovanni), Marguerite (Faust, receiving an Olivier nomination). At Opera North she sang the first British premiere of Richard Strauss's Daphne, Susanna (The Marriage of Figaro), Magda (La Rondine), and Manon. For Scottish Opera she sang the role of Katya (Katya Kavanova) and gave the World Premiere of James MacMillan's Opera Ines de Castro. Another world premiere was given for Glyndebourne Opera when she sang Joann in Tippett's New Year and again recording it for BBC. At Glyndebourne she has also sung Mimi (La Bohème) and Pearl in Birtwistle's The Second Mrs Kong.

Abroad her major roles have included Gilda at the New York Met for an ENO tour. In Germany the Governess in The Turn of the Screw (which was filmed by German television), and Cio Cio San at Deutsch Oper, Berlin. In Belgium she has sung Salome at La Monnaie. Other European countries which she has performed are France, Italy and Spain. In January 1998 she will sing Salome at the Los Angeles Opera and in the summer of 1998 will repeat the role with the Santa Fe Opera Festival.

As a concert artist Miss Field has sung with all the major orchestras within the United Kingdom, including Strauss's Four Last Songs at the Last Night of the BBC Proms. She performed them again for German radio in Hamburg, conducted by Gunther Wand. Miss Field gave a Puccini recital at the Leipzig Gewandhaus conducted by Kurt Masur and was the soprano soloist in Mahler's Fourth Symphony in a live television relay for the BBC from the Schauspielhaus, Berlin. Miss Field has also performed all the standard and lesser-known works in Oratorio and is a regular exponent of Janacek's Glagolitic Mass.