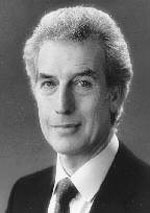 Richard Van Allan is one of Britain's most distinguished bass-baritones. His operatic career began in Glyndebourne in l966. He is a member of English National Opera where he has appeared in many leading roles, and he has also appeared regularly at Covent Garden, Welsh National Opera and Scottish Opera. He is also Director of the National Opera Studio.