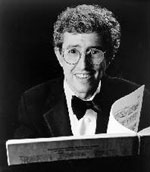 Samuel Sanders is recognized as 'an exceptional pianist' (The New York Times), chamber-musician and collaborative artist to some of the leading performers of our time. In 1996 Mr Sanders and violinist Itzhak Perlman marked the thirtieth anniversary of a partnership which has taken them to many parts of the world and resulted in 12 recordings, two of which have been awarded Grammys. Other artists he has performed with include Pinchas Zukerman, Jaime Laredo, Paula Robison, Robert White, Yo-Yo Ma, Joshua Bell, Mstislav Rostropovich, Hermann Baumann, Jacqueline Du Pre, Leonard Rose, Kyung Wha Chung, Eugenia Zukerman, Jessye Norman and the Chilean cellist Andres Diaz with whom he has formed the Diaz-Sanders Duo.

Samuel Sanders received an honorary award at the 1966 Tchaikovsky International Competition in Moscow, and has performed many times at The White House under five presidents. His tributes are many and include an Honorary Doctorate from Lehman College and another from the Saint Louis Conservatory as a tribute to his accomplishments in the field of music education. In 1996 Mr Sanders was honored by the Columbia Presbyterian Hospital of New York City. His musical career and inspiring life-story were profiled in a feature article in The New York Times Arts and Leisure Section in November 1995.

Samuel Sanders was the Founder and Artistic Director of the Cape & Islands Chamber Music Festival in Cape Cod, Massachusetts, where he remains active as performer and Artistic Consultant. He has performed with numerous chamber ensembles and string quartets such as the Lark, Colorado, Fine Arts, Borromeo and Juilliard. He has appeared with the Chamber Music Society of Lincoln Center and at major American festivals, including Lincoln Center's Mostly Mozart, Tanglewood, Marlboro, Ravinia, Saratoga, Spoleto (USA and Italy), and Wolf Trap. Other performances in festivals around the world have taken him to Madeira , Merida (Venezuela), Stratford (Canada), Salzburg, and Chichester.

Mr Sanders is on advisory boards of organizations such as Young Concert Artists and the Berkshire Opera Festival. For the past years he has been a faculty member of The Juilliard School in New York where he helped organize a degree program for collaborative pianists, a task achieved at the Peabody Conservatory of Music in Baltimore, Maryland in the 1980s. He conducts masterclasses annually in leading cities from Tokyo to Tel Aviv.