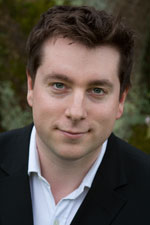 Born in Exeter, Thomas Hobbs graduated in history from King’s College London. He was awarded the RCM Peter Pears Scholarship at the Royal College of Music and recently completed his formal studies at Royal Academy Opera.

An associate artist of the Classical Opera Company, Thomas made his Royal Academy Opera début as Fileno in Haydn’s La fedelta premiata, conducted by Trevor Pinnock, and has subsequently made debuts with English National Opera (Telemaco, Monteverdi The Return of Ulysses) and with Bordeaux Opera (Handel Messiah). Other engagements include the title role in Arne’s Alfred, Tempo in Handel’s Il Trionfo del Tempo e del Dinsinganno (both Classical Opera Company) and the title role in Britten’s Albert Herring (Royal Academy Opera).