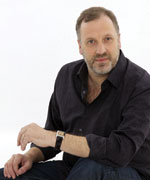 Matthew Brook has appeared as a soloist throughout Europe, Australia, North and South America and the Far East. He has worked with many great conductors, including Sir John Eliot Gardiner, Richard Hickox, Sir Charles Mackerras, Harry Christophers, Christophe Rousset and Sir Mark Elder, and orchestras and ensembles including the Philharmonia, the London Symphony Orchestra, the Royal Philharmonic Orchestra, St Petersburg Philharmonic, the Freiburger Barockorchester, the Orchestra of the Age of Enlightenment, the Chamber Orchestra of Europe, the English Baroque Soloists, the City of London Sinfonia, the Gabrieli Consort, and The Sixteen.

On the concert platform notable performances include Brahms’s Requiem with the St Petersburg Philharmonic, Bach’s B minor Mass and Haydn’s Harmoniemesse with the Dresden Staatskapelle, Elgar’s The Dream of Gerontius with Richard Hickox, Bach’s St Matthew Passion with Collegium Vocale Gent and Philippe Herreweghe, Haydn’s The Seasons with Sir John Eliot Gardiner and the Monteverdi Choir, and Handel’s Messiah in Boston with Harry Christophers and the Handel and Haydn Society and The Sixteen. Matthew has also sang Kuono in Weber’s Der Freischütz at the Opéra Comique and the BBC Proms. He has made numerous recordings, including Bach’s B minor Mass and St Matthew Passion with the Dunedin Consort.