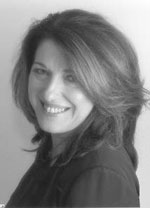 Acclaimed as much for her distinguished performances of the core repertoire as for her consistent championing of the works of lesser-known composers, Seta Tanyel has excited much attention from audiences around the world. Born in Istanbul of Armenian parentage, she studied at the Vienna Hochschule für Musik with Dieter Weber and Bruno Seidlhofer before continuing her studies in London with Louis Kentner. A major prizewinner at the International Beethoven Competition in Vienna in 1973 and at the inaugural Arthur Rubinstein Competition in Israel in 1974, she made her recital and orchestral debuts in New York, Philadelphia and London in 1978. Since that time she has toured extensively in Europe, Russia, the Middle and Far East and North and South America, performing with orchestras including the London Symphony, the Philharmonia, the Vienna Symphony and Israel Philharmonic and collaborating with such conductors as Vaclav Neumann, Jane Glover, Rafael Frühbeck de Burgos and Yuri Simonov. Appearances have included concerts and recordings with the BBC Scottish Symphony Orchestra under Martyn Brabbins and a recital of transcriptions of Verdi and Bellini at the Schleswig-Holstein Music Festival in Germany. She has received countless critical accolades for her recordings on the Chandos, Collins Classics and Hyperion labels.

‘Seta Tanyel’s performances are beyond praise in her invaluable Scharwenka series,’ declared Gramophone, while the same magazine went on to describe the Moszkowski cycle as an ‘enchanted odyssey’. Her recording of Edward MacDowell’s two piano concertos and Second Modern Suite in Hyperion’s Romantic Piano Concerto series was described by the American magazine Fanfare as ‘a distinguished addition to the catalogue—a winner. Strongly recommended.’