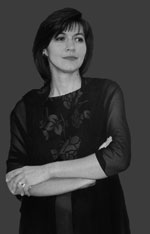 Born in Lodz, Poland, Urszula Kryger began her musical life as a pianist but soon started voice-training with Jadwiga Pietraszkiewicz in Lodz and later with professor André Orlowitz in Copenhagen. The success of these studies was striking. In the years following them, from 1990 to 1994, Urszula Kryger stormed the juries of all international competitions, and was crowned by the international jury of the ARD Competition in Munich, where she was awarded the rarely-granted First Prize in 1994.

Since the worldwide television broadcast of her ARD Award, Urszula Kryger has performed at the Alte Oper Frankfurt, at the Accademia Filharmonica Romana, at the Hugo Wolf Academie in Stuttgart and at the Berliner Schauspielhaus under Rafael Frühbeck de Burgos. In Madrid she participated in the St Matthew Passion with Helen Donath and Adalbert Kraus. The conductor, Hans-Martin Schneidt, invited her to sing Bach again in 1997 with Ruth Ziesack and Matthias Goerne in Munich. In 1997 she was invited to sing at the Louvre in Paris with the pianist Hartmut Höll, and toured Japan. She sang under the baton of Sylvain Cambreling and in December and January 1996/97, Miss Kryger sang the role of Angelina in Rossini's La Cenerentola at the Semperoper in Dresden.

Chopin can be considered as Mrs Kryger's personal field. She sang the composer's melodies in an international tour, with a final concert at La Scala Milan in 1999, Chopin's anniversary. She also sang the mélodies in Geneva, Munich, St Moritz and twice in Paris. After her recital at the Paris Chopin Festival in 1999, the singer was invited to take part in the composer's anniversary celebration at La Madeleine in Paris, singing in the Mozart Requiem. Sir Colin Davis invited her to Munich to sing in Beethoven's Missa Solemnis in October 1999.