Directed by violinist Hugo Ticciati, the O/Modernt Chamber Orchestra is an integral part of O/Modernt. Meaning ‘Un/Modern’ in Swedish, O/Modernt explores the relationships between the work of old composers and the artistic and intellectual creations of modern culture, be it in music, art, dance, theatre, film or literature. The orchestra, comprised of the top young players from all over Europe, similarly devises eclectic and adventurous programmes, working with world-renowned soloists, jazz artists, rappers, performing anything from arrangements of medieval motets and Bach to Webern and Metallica. Artistic collaborations have included Steven Isserlis, Anne Sofie von Otter, Angela Hewitt, Evelyn Glennie and Nils Landgren. The orchestra is gaining an international reputation, with performances at the Wigmore Hall, Konzerthaus Berlin, Wiener Musikverein and Muziekgebouw aan ‘t IJ, Amsterdam. Moreover, the O/Modernt players enjoy their outreach and educational projects in Sweden and the UK as well as further afield in countries such as India and Thailand. 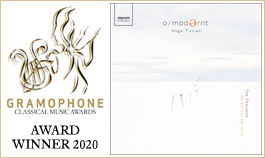 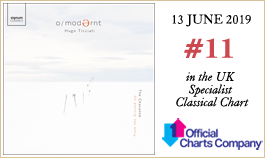