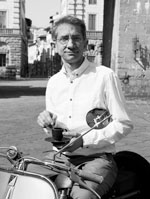 He founded I Fagiolini in 1986; with them he has presented signature projects including Simunye, The Full Monteverdi, Tallis in Wonderland, How Like An Angel (with Australian contemporary circus group C!RCA), and Betrayal: a polyphonic crime drama. Under his direction, I Fagiolini has gone on to win the Royal Philharmonic Society’s Ensemble Award, Gramophone Awards and the Diapason D’Or de l’Année. In 2017 the group returned to the BBC Proms and gave their debut at the Edinburgh International Festival. Recent CD releases include the multi-award winning Striggio Mass in 40 Parts, Amuse-Bouche and Monteverdi: The Other Vespers.

Robert has also directed The English Concert, Academy of Ancient Music and the BBC Concert Orchestra; and some of the world’s finest chamber choirs including Accentus, NDR Chor, the National Chamber Choir of Ireland, BBC Singers, RIAS Kammerchor and Capella Cracoviensis.

Robert has worked on a number of films and regularly writes and presents programmes for BBC Radio 3 (CD Review, The Early Music Show, The Choir and Discovering Music). In 2012 he ran a conducting masterclass and lecture for the American Choral Directors’ Association conference, and he was the Special Guest Director and speaker at the Association of British Choral Directors’ thirtieth annual convention in 2015. Robert is Reader in Music at the University of York, where he leads the MA course in Solo Voice Ensemble Singing and directs the University Chamber Choir ‘The 24’. 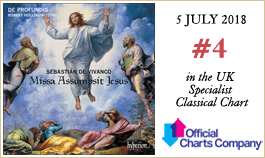