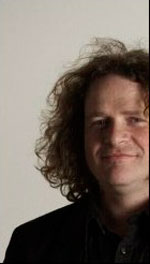 David Watkin was awarded both an Instrumental Award and a Choral Scholarship to St Catharine’s College Cambridge, where he read Music whilst also studying the cello with William Pleeth and singing with Kenneth Bowen.

Few other musicians have achieved prominence at the highest level in both period instrument and modern worlds: he is Principal Cello of the English Baroque Soloists and Orchestre Revolutionnaire et Romantique, and was Principal Cello of the Philharmonia for five years and of Orchestra of the Age of Enlightenment before joining the Scottish Chamber Orchestra. David has revived the 18th-century practice of realising figured bass on the cello. He is a member of the Eroica Quartet which has astonished critics around the world with its radical performances of the music of the early Romantics.

They have performed in major venues throughout Europe and the USA. Their recordings of the complete quartets of Mendelssohn and Schumann, and a Beethoven disc, have received much critical acclaim. David has given talks and classes and coached at conservatoires all over Europe.