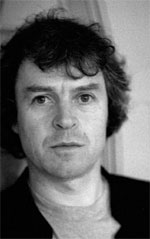 As a cellist and gamba-player Richard Campbell has worked with most of the UK ensembles using historically appropriate instruments, styles and techniques in pre-20th-century music over the past 25 years. As a gamba soloist he has also appeared with some of the finest chamber and symphony orchestras of Europe including the London Symphony Orchestra, The City of London Sinfonia, Northern Sinfonia, the London Philharmonic Orchestra, the Mahler Chamber Orchestra and the Vienna Philharmonic Orchestra.

He is a founder member of the ensemble Fretwork who since 1986 have set fresh standards for the performance of 16th and 17th-century masterpieces written for a ‘consort of viols’ and their performances and recordings have in turn inspired living composers to write new music for viol consort in a range of contemporary styles.

He received his first guitar (an unwieldy East European monster) as an 8th birthday present, but never really learnt to play it.