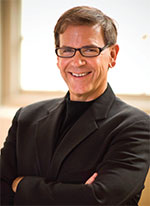 Baritone James Shaffran’s versatility and audience appeal have made him a long-sought-after performer, accomplished singing actor, and perennial favourite. Equally comfortable in chamber, symphony hall, and opera stage, Mr Shaffran has sung with virtually every arts organization in the Washington-Baltimore area and many beyond. A WAMMIE nominee for Best Classical Vocal Soloist for the past five years, he sang on the Grammy-winning recording of Corigliano’s Of Rage And Remembrance with Leonard Slatkin and the NSO.

Described as ‘a pillar of the company’ by former director Placido Domingo, Mr Shaffran has amassed over 50 roles in over 300 performances with Washington National Opera, and enjoys an active stage presence regionally. He has several world premiere productions to his credit, including creating the role of the Principal in the acclaimed Greg Spears opera Paul’s Case (a New Yorker Top-10 production of 2015 at the Prototype Festival), and the title role of Bernie Madoff in Luna Pearl Wolff’s The Pillar in 2016.

Mr Shaffran is a regular local presence as a National Anthem singer, and is a frequent performer with the Washington Nationals. He lives in Annandale, Virginia with his wife Mary, a lyric soprano with whom he performs in charity events and recitals. He is honoured to participate in this project as part of his continuing collaboration with Choralis and Bob Chilcott.