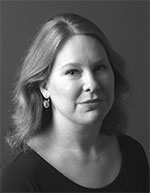 Soprano Claire Bessent read Music at Durham University and went on to complete an MMus in Concert Singing at the Royal Conservatoire of Scotland, supported by the Barcapel Foundation Scholarship. She was winner of the coveted Governor’s Recital Prize. Claire subsequently undertook further postgraduate vocal studies at the Royal College of Music.

Claire is a deputy with the BBC Singers and is a regular member of the Choir of the King’s Consort and London Voices, with whom she sang in the Chinese premiere of Britten’s Peter Grimes in Beijing in 2013.