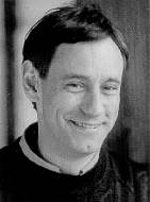 He has given the first modern performances and made the first recordings of several important manuscripts that have come to light recently. Other recordings include the complete keyboard music of William Byrd on seven CDs for Hyperion, the complete organ music of Louis Couperin, and the newly-discovered autograph manuscript of harpsichord music by Henry Purcell, now in the British Library. He has also published nearly two dozen standard editions of Baroque music (including Bach’s The Art of Fugue, which includes his own completion of the unfinished final fugue).

Born in Britain in 1950, of Irish-Italian parentage, he was educated in London, Paris and Berkeley. He has lived in France since 1980 and now divides his time between giving organ and harpsichord recitals, recording and teaching.