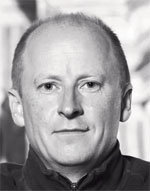 see also James Johnstone (organ)
For more than two decades James Johnstone has been active as a soloist and continuo player, performing and recording with all the major UK-based period instrument ensembles, as well as groups in Germany, Canada, Italy and Holland. He has worked with conductors such as Bernard Haitink and Simon Rattle and symphony orchestras of Chicago and Boston.

These days his interests are focused on recital work, chamber music and teaching. As a recitalist, he has performed throughout the UK as well as in Holland, Germany, Switzerland, Belgium, Poland, Denmark, Iceland, Spain, Israel, Colombia and most recently the USA.

He appears on twenty-two recordings on Deutsche Grammophon with the Gabrieli Consort and Players, ten discs with Florilegium, and was the first European to record on an 18th century organ built by the indigenous Indians in Santa Ana, Bolivia. He has also recorded six solo discs of works by Blow, Gibbons, E Pasquini, Cornet, Elizabethan Virginalists and a Bach recital on the Waalse Kerk organ, Amsterdam.

Besides Trio Sonnerie, he currently works with the Monteverdi Choir, Trinity Baroque, I Furiosi, Harmonie Universelle Cologne and La Serenissima. James is professor of early keyboards at the Guildhall School of Music and Drama, and at Trinity Laban Conservatoire of Music and Dance.