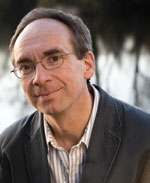 James Gilchrist began his working life as a doctor, turning to a full-time career in music in 1996. He joined the local church choir at the age of eight, and sang as a boy treble in the choir of New College, Oxford, and as a tenor in that of King’s College, Cambridge.

While studying and working in medicine, James sang in groups such as The Sixteen, The Tallis Scholars and The Cardinall’s Musick, alongside appearing regularly in choral societies up and down the United Kingdom as tenor soloist. When his diary became rather full of solo engagements, he took a month off his medical job and dipped his toes into the world of the full-time professional musician. A month soon became ten years, and despite missing many aspects of medicine, he has no regrets.

James has appeared at the BBC Proms with the Academy of Ancient Music and the Monteverdi Choir and Orchestra, and has performed with many leading orchestras and ensembles. His partnership with the pianist Anna Tilbrook includes many broadcasts for BBC Radio 3, performing Schumann cycles and Schubert songs, as well as demonstrating a special interest in English song. James is also partnered regularly by the pianist Julius Drake and the harpist Alison Nicholls. His operatic performances include Quint in Britten’s Turn of the Screw, Ferrando in Mozart’s Così fan tutte, Hyllus in Handel’s Hercules, Acis and Galatea at the Berlin Staatsoper, Evandre in Gluck’s Alceste and Purcell’s King Arthur with English National Opera.