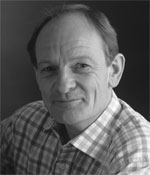 Born in Salisbury, Charles Daniels attended the choir school at King's College, Cambridge, where he was a chorister, and then Winchester College. He returned to King's College, Cambridge, for his university education, reading Natural Sciences and Music. After taking his degree, he studied under Edward Brooks at the Royal College of Music in London where he was awarded a Foundation Scholarship.

His concert and recording repertoire extends from the Middle Ages to 20th century composers such as Luigi Nono and Benjamin Britten. However, he is best known for his interpretations of baroque music, and in particular for the role of Evangelist in the St Matthew Passion and the St John Passion by J S Bach. Daniels has made frequent concert appearances at the Wigmore Hall and the BBC Proms, in addition to performing frequently in both European and North American music festivals.