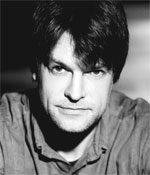 Julian Podger started singing and directing whilst still at school in Kassel, Germany, and during his studies at Trinity College, Cambridge where he founded the ensemble Trinity Baroque.

As a soloist he has sung with leading conductors including Philippe Herreweghe and Andrew Parrott, and recorded Bach cantatas as part of the Bach cantata pilgrimage with John Eliot Gardiner. He has specialised particularly in the role of evangelist for Bach’s passions, with Stephen Stubbs in Bratislava, and with Paul Hillier in Edinburgh, Tallinn and Riga and appeared in many wonderful concert venues, including the Royal Albert Hall, the Mozarteum, Salzburg, the Palau de la Musica, Barcelona, the Teatro alla Scala. Other concert invitations have included solo recitals at the Händelhaus in Halle (broadcast by the Mitteldeutscher Rundfunk) and in Montevideo; a tour of Bach cantatas in Israel with The Israel Camerata and a series of Bach’s Matthäus-Passion in Toronto with with Tafelmusik. Operatic ventures have taken him to Tokyo for the lead role in Monteverdi’s Orfeo, frequently to Berlin for rarely performed operas by Reinhard Keiser, to Melbourne and the Teatro Malibran (La Fenice), Venice as Ulisse in Monteverdi’s Il Ritorno d’Ulisse, to London and York as Daniel in the mediaeval Ludus Danielis.

Ensemble musicianship is also one of his main pursuits; he is a member of one of the world’s leading mediaeval ensembles, Gothic Voices, and is a regular member of The Harp Consort.

As a musical director he runs his own ensemble Trinity Baroque, with whom he has completed a solo voice recording of Bach’s motets (Raumklang), and of other choral works by Bach (Decca) in collaboration with The English Concert and Berlin Philharmonic oboist Albrecht Maier. He has conducted the ensemble in well-received performances at the Festival de Musica Antigua en Sevilla and the Festival Oude Muziek Utrecht; and guest-conducted the ensemble Florilegium in London, Paris and Las Palmas, and the Norsk Barokkorkester in Trondheim.