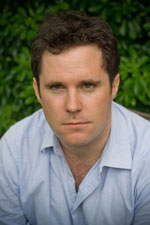 Born in Liverpool, Nicholas Mulroy read modern languages at Clare College Cambridge and then studied at the Royal Academy of Music in London. He has appeared as Septimius in Handel’s Theodora with Trevor Pinnock, the Evangelist in Bach’s Christmas Oratorio in London with Sir John Eliot Gardiner, Premiere Parque in Rameau’s Hippolyte et Aricie with Emmanuelle Haïm at the Théâtre du Capitole de Toulouse, Le Récitant in Berlioz’s L’Enfance du Christ with Sir Colin Davis, Handel’s Messiah with the Orchestra of the Age of Enlightenment and Laurence Cummings, and Bach’s St John Passion with both Les Musiciens du Louvre under Marc Minkowski and the Gabrieli Consort and Players under Paul McCreesh. He has also made several appearances at the BBC Proms.

On stage Nicholas made his Glyndebourne debut under Vladimir Jurowski in Prokofiev’s Betrothal in a Monastery, has sung Mozart’s Ferrando (Così fan tutte), Don Ottavio (Don Giovanni), Belmonte (Die Entführung aus dem Serail) and Belfiore (La finta giardiniera), and Tenor Actor in Judith Weir’s Night at the Chinese Opera. He is also a committed recitalist. Recordings include a Gramophone Award-winning Handel Messiah and Acis in Acis and Galatea, the Evangelist in Bach’s St Matthew Passion, a disc of Michael Finnissy, Monteverdi with I Fagiolini, and Monteverdi’s Vespers with Robert King and The King’s Consort.