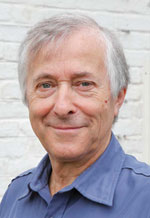 Although a founder member of Gothic Voices and one of the six singers in the first British recording of Stockhausen’s Stimmung, Rogers spent three decades as a core member of The Hilliard Ensemble, a male-voice quartet known globally for its performances and recordings of early music, and which also commissioned works from living composers and made the first recordings of the vocal works of Arvo Pärt. In 1994 a collaboration with saxophonist Jan Garbarek produced a unique artistic fusion in the highly acclaimed album Officium. Two releases followed in the wake of its success: Mnemosyne in 1999 and Officium Novum in 2010. Hundreds of live performances were given, spanning two decades. In 2008 the ensemble premiered a music theatre piece at the Edinburgh Festival, I went to the house but did not enter, by the German composer and director Heiner Goebbels. This was subsequently staged all around Europe, in the USA and in South Korea. The ensemble retired in December 2014 after a forty-one-year career.

Alongside his work with The Hilliard Ensemble Rogers has enjoyed a solo career spanning forty-eight years, appearing at the BBC Proms, cathedrals and other major venues around Britain, on the Continent and in North America, notably as Evangelist in the Bach Passions. His recordings include the secular songs of Dufay and Ockeghem, albums of lute songs with Jakob Lindberg and Paul O’Dette, five albums of late eighteenth-century song with Café Mozart, and much Baroque repertoire, and the ceremonial and the church music of Purcell with The King’s Consort on Hyperion.