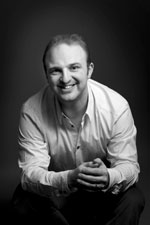 Andrew Kennedy was born in Ashington, and studied at King’s College, Cambridge and the Royal College of Music in London. He was also a member of the Young Artists Programme at The Royal Opera, Covent Garden. Andrew has won numerous prizes and awards including the 2005 BBC Cardiff Singer of the World Rosenblatt Recital Prize. He is a Borletti-Buitoni Trust award winner and won the prestigious Royal Philharmonic Society Young Artists’ Award in 2006. He was also a member of BBC Radio 3’s New Generation Artists scheme.

Equally passionate about song repertoire, Andrew gives numerous recitals around Europe and the UK, appearing at Wigmore Hall with Julius Drake, at LSO St Luke’s with Steven Osborne, at the Leeds Lieder Festival with Iain Burnside, and at Cadogan Hall for the 2007 BBC Proms with The Nash Ensemble and Edward Gardner.