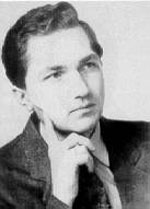 Born in Moscow in 1957, Alexander Blok graduated from the Gniessin Academy of Music, Moscow, in two specialities: piano under Professor V M Tropp and composition under Professor G I Litinsky. As a principal soloist with the Moscow Concert Philharmonic, he performs as concert pianist and chamber music leader, and he has toured Germany, Italy, Finland, Norway and the United States as well as in the CIS states.

Mr Blok has partnered Vassily Savenko since 1989 and they have made numerous archive recordings together for the former USSR Moscow Radio. Savenko premiered his song cycle Dreams at London's Wigmore Hall in 1994: described by one critic as 'a surrealist fairytale in a modern urban setting', the work was enthusiastically received. 'Blok's five songs set to Russian translations of poems by PauI Eluard made most impression in the intensity of its writing for the piano, especially in the fourth song, Pursued, with its dreamlike realism of night sparkling through chandeliers in a deserted castle where violence lurks at any turn' (Opera Now).