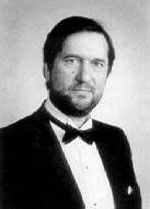 Vassily Savenko was born near Odessa, Ukraine. He studied at the Moscow Conservatory with Alexei Bolshakov, and later with Mikhail Kiselev. He won both the Mussorgsky and Lysenko Competitions and has sung principal roles for major opera houses in his native Ukraine and in Russia, including the Bolshoi Opera, Moscow, and the Kirov Opera, St Petersburg, where he sang Iago (Otello) under Gergiev.

In the early 90's he moved to Britain where he has built up a considerable reputation as a recitalist appearing regularly at the Wigmore Hall and the South Bank as well as the Cheltenham and Three Choirs Festivals. He has received particular praise for his recitals of Russian Art Song. Special projects have included a series of song recitals celebrating the Bicentenary of Alexander Pushkin’s birth, with the pianist Boris Berezovsky, and recitals of Russian settings of Robert Burns for festivals in Scotland. 'Burns to set the heather afire… an exhilarating experience' was how one critic responded.