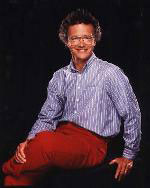 Stephen Varcoe’s Cornish childhood home was a very musical place: many of his parents’ friends played chamber music when they came to visit, and there was a house madrigal group which he tried unsuccessfully to join at the age of three. At eight he went to the Canterbury Cathedral Choir School, and here he met an impressively tall older boy called Roger Vignoles. Here also he was at last shown how to use his voice by the choirmaster, Allan Wicks. There was more singing at Canterbury’s King’s School, and from there he won a choral scholarship to sing in the choir of King’s College, Cambridge under David Willcocks. After a postgraduate year at the Guildhall School of Music he launched into the unpredictable life of a freelance singer in London.

Since then, with the help of a Gulbenkian Foundation Fellowship and an understanding wife, Stephen became a successful concert and recital singer, with occasional forays on to the operatic stage, and his work has involved a great deal of travelling across the world. In addition he has made some 130 recordings covering a wide range of music, though it is the song repertoire which gives him the greatest joy. With Hyperion he has made CDs of songs by Schubert, Hahn, Chabrier, Parry, Stanford and Finzi among others, and it was as a result of a conversation at one of these sessions that he wrote a book, Sing English Song, which was published by Thames in 2000. This is aimed at encouraging people to explore the treasures of an unjustly neglected heritage.

Stephen and his family live deep in the Essex countryside where he can indulge in the enjoyable but endless task of renovating their old farmhouse and barns, and keeping the garden under control.