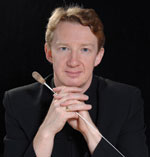 He was born in Glasgow and studied with Janet Craxton at the Royal Academy of Music in London, and with Maurice Bourgue in Paris. A founding member and principal oboist of the Chamber Orchestra of Europe until 2002, he now conducts them on a regular basis. In addition to his concerts with Manchester Camerata Douglas Boyd appears with many of the UK’s major orchestras. Over recent years these have included the Royal Scottish National Orchestra, Scottish Chamber Orchestra, London Mozart Players, BBC Symphony Orchestra, BBC National Orchestra of Wales, BBC Philharmonic Orchestra, City of Birmingham Symphony Orchestra, Bournemouth Symphony Orchestra and Northern Sinfonia. He has also conducted many leading European orchestras.

Douglas Boyd is fast developing his interest in opera and in 2008 conducted Die Zauberflöte for Glyndebourne Opera on Tour. In 2009 he conducted Fidelio for Garsington Opera and Salieri’s La grotto di Tronfonio for Zurich Opera. He returned to Garsington in 2010 for Le nozze di Figaro. He is committed to working with students and has conducted the orchestras of the Royal College of Music, Royal Northern College of Music, Guildhall School of Music, Oxford and Cambridge Universities and the National Youth Orchestra of Norway. 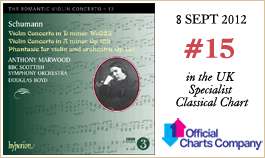