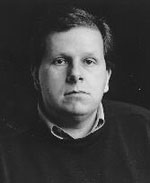 London-born Adrian Thompson is an artist of extraordinary versatility with a wide-ranging opera, concert and recital repertoire of music from the Renaissance to the present day.

A very experienced recitalist, he regularly appears at London's Wigmore Hall with The Songmakers' Almanac and on BBC Radio. He is a frequent visitor to The Aldeburgh Festival and has given recitals in the South Bank's major Schubert and Schoenberg series and in Northern Ireland, Geneva, Stuttgart and Amsterdam.