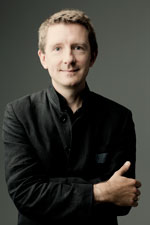 see also Jonathan Manson (cello)
Cellist and viol player Jonathan Manson was born in Edinburgh and received his formative training at the International Cello Centre in Scotland under the direction of Jane Cowan, later going on to study with Steven Doane and Christel Thielmann at the Eastman School of Music in New York. A growing fascination for early music led him to Holland, where he studied viola da gamba with Wieland Kuijken. For ten years he was the principal cellist of the Amsterdam Baroque Orchestra, with whom he performed and recorded more than 150 Bach cantatas and, together with Yo-Yo Ma, Vivaldi’s concerto for two cellos. Nowadays Jonathan specializes mainly in chamber music, performing repertoire ranging from the Renaissance to the Romantic. He is a founding member of the viol consort Phantasm, which has toured worldwide and won two Gramophone Awards. Jonathan is also the cellist of The London Haydn Quartet, which is midway through recording all the Haydn quartets on the Hyperion label and has recently toured in Canada, Australia and the USA. A long-standing partnership with the harpsichordist Trevor Pinnock has led to critically acclaimed recordings of the Bach sonatas for viola da gamba and harpsichord, and, together with Rachel Podger, Rameau’s Pièces de clavecin en concert. Jonathan frequently appears as a principal and continuo player with the Dunedin Consort, the Orchestra of the Age of Enlightenment, Arcangelo, The English Concert and other leading early music groups. As a concerto soloist he has appeared at the Wigmore Hall and the South Bank Centre, as well as further afield, in Hong Kong, Potsdam, the Haydn Festspiele in Eisenstadt and New York’s Carnegie Hall. Jonathan lives in Oxfordshire and is a professor at the Royal Academy of Music.