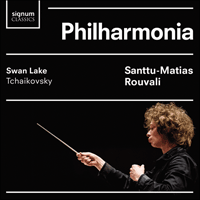 A charming programme of excerpts from one of the most popular ballet scores of all time—albeit one which had to wait till after its composer's untimely death to achieve its well-deserved acclaim.

It is a sad irony that a composer sensitive to criticism, and highly self-critical, should in a number of his works arouse the distaste of both his contemporaries and his audiences, and yet go on to be hugely beloved posthumously. This is particularly poignant in the case of Tchaikovsky’s ballet, Swan Lake, the first version of which was not particularly successful, but which was revised to great acclaim shortly after Tchaikovsky’s death.

Ballets are notoriously difficult to get right: even if the music is sublime, so much is riding on the quality of the choreography and the dancing.

The importance of the production in this regard cannot be underestimated; the famous riot at the première of Stravinsky’s Rite of Spring was not solely a response to the score. The first production of Swan Lake took place on 4 March 1877 at the Bolshoi Theatre in Moscow, and, although it ran for a number of performances—and did not provoke any rioting—the work’s reception was lukewarm. Much of the responsibility for this lies with the choreographer, Julius Reisinger, who, without precedent to help him along, was not sufficiently imaginative to produce more than a series of rather wooden vignettes.

However, the run was long enough to stay in the memory of the formidable choreographer Marius Petipa, director of the Russian Imperial Ballet. In collaboration with his assistant choreographer Lev Ivanov and Tchaikovsky’s brother, Modest, it was decided that a fitting tribute to the composer, who had died so suddenly in November 1893, would be to stage a revised version of Act II of Swan Lake. This was performed on 1 March 1894—and was a resounding success. Spurred on by this unexpected triumph, the whole ballet was revised, to be performed at the Mariinsky Theatre in St Petersburg on 27 January 1895. It was this version that cemented Swan Lake’s status as a staple of the ballet repertoire.

The origins of Tchaikovsky’s score are more mysterious. There is no mention of any author or literary inspiration in the printed libretto of 1877, and no record of how exactly Tchaikovsky came to work with Reisberger, although we do know that the work was commissioned by the theatrical establishment in Moscow. The scenario, in which a swan queen yields to the love of a prince, seems to have been almost entirely Tchaikovsky’s own, based on a tale he had made up for the amusement of his nieces and nephews, and possibly influenced by the popular novella, Undine. Although there was some input from the librettists Vladimir Begichev and Vasily Geltser, that the overall concept came from Tchaikovsky himself demonstrates an unprecedented level of creative control from the composer. In the years following the work’s première, the score was rather manhandled, an experience from which Tchaikovsky seems to have learnt; with later ballet scores he would work more closely with ballet-masters and dramatists.