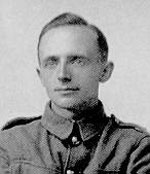 born: 23 January 1878
died: 25 January 1960
country: United Kingdom
"I believe that Boughton's works will eventually be regarded as one of the most remarkable achievements in the story of our music" - Charles Kennedy Scott, 1915

"Now that Elgar is gone, you have the only original personal English style on the market...I find that I have acquired a great taste for it" - George Bernard Shaw, 1934

"I remember vividly how Boughton made his characters live, and the masterly effect of the choral writing" - Sir Arthur Bliss on The Immortal Hour, 1949

"In any other country, such a work as The Immortal Hour would have been in the repertoire years ago" - Ralph Vaughan Williams, 1949