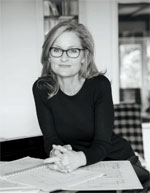 Her album Haunted By The Secret on Universal’s Chappell Noir label, received two nominations for the award for Best Score Production Music Track in The Production Music Awards, winning with her track Game Of Trust. Soundtracks for BBC Radio Drama include Javier Marías Tomorrow In The Battle Think On Me, Sartre’s trilogy The Roads To Freedom, Ibsen Hedda Gabler, Shakespeare The Winter’s Tale, Robert Ferguson Dr Ibsen’s Ghosts and Jane Austen Lady Susan.

She is composer-in-residence and orchestrator for the education project Crazy Composers, devised by BAFTA award-winning television producer Robert Howes (The Children’s Company) in partnership with Internationally acclaimed baroque orchestra The English Concert as part of Buxton International Festival.

In March 2021, Julie was featured as one of 10 ‘Celebrating Women Composers’ highlighted on Scala Radio in partnership with the charitable foundation DONNE – Women In Music, followed by ‘Donne Composer Of The Week’ on Scala Radio in November. 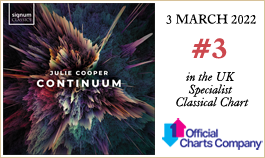