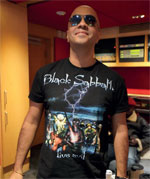 born: ?
country: India
A popular singer and composer in India, Joi was awarded the best Debut Award (2010) for his album 'Joi - Looking Out of the Window' at the Big Music Awards, Big 92.7 FM, Guwahati. Among his numerous compositions, are the track Ousokute for the film Margarita with a Straw (2015), Riders of the Mist in a documentary of the same name (2016) and the title track Meetha Zeher and background score for the short film Playing Priya.

Joi Barua's first contribution to ALAN the Musical was the composition, in 2016, of its theme song, the 'ALAN Song', to lyrics by Susan Lim. Says Joi ''We began with the theme, which was the ALAN Song, and which gave us the anthem for the whole journey, and also the genesis for the story''.

A musician of Assamese heritage, Joi's style of composition is to first research in depth the meaning behind the lyrics (no easy feat for a career musician, weaving music to Susan's technical and scientific terms), then to push the boundaries of his interpretation, and explode new and sometimes unorthodox sounds in creating his style of music for ALAN the Musical.

His compositions, orchestrated by Manu Martin, form most of Act 1 ('Jungle Song' track 2, 'ALAN Song' track 3, 'Origins' track 5), and inspired the whole of Act 4 ('Synthetic DNA' track 13, 'New World Order' track 15), which Manu Martin describes as the crossroads of two worlds, classic and modern. He brilliantly composed 'Teleportation', the last track (track 21) in Act 6, which brings the Fantasy to a riveting, jubilant climax.