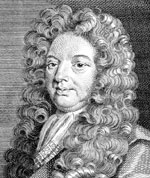 born: 1649
died: 1 October 1708
country: United Kingdom
John Blow is one of the greatest of not-quite-forgotten English composers. Conscripted as a choirboy from Newark Parish Church to the Chapel Royal of Charles II by the redoubtable Captain Henry Cooke—a royalist hero in the civil war, and one of the leading choir-trainers in his period—Blow rose to become a Gentleman (adult singer) of the Chapel and one of its three organists, and by his mid-twenties royal choirmaster. He was a famous teacher of composition, and specifically of old-fashioned counterpoint, a severe but hugely valuable discipline. He also became organist of Westminster Abbey—generously yielding the post in 1679 to his pupil Henry Purcell, whose brilliance urgently demanded that he be kept in London, and whose then impending marriage might have forced him to accept a provincial appointment. The lives and careers of the two men were thereafter closely intertwined, and they remained close friends until Purcell’s early death. After that Blow resumed his tenure at the Abbey, also serving as organist and choirmaster at Wren’s new St Paul’s Cathedral, consecrated in 1697—a post which he later relinquished in favour of another brilliant pupil, Jeremiah Clarke. So busy a pluralist must have found time for composition frustratingly limited. Yet Blow became the leading composer of music, secular and sacred alike, for the court (though he held no official post as composer until 1700, fifteen years after Charles’s death). His huge output includes well over a hundred anthems, ten services, forty odes, most of them for the court, more than 120 secular and devotional songs, the earliest all-sung English opera, Venus and Adonis (the model for Purcell’s Dido and Aeneas), and a smaller corpus of chamber and keyboard music. 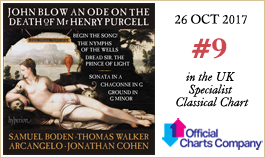