born: 26 March 1859
died: 30 April 1936
country: United Kingdom
Alfred Edward Housman was born at Fockbury, near Bromsgrove in Worcestershire, on 26 March 1859, the eldest of Sarah and Edward Housman’s seven children. The most significant event of his childhood was the death of his mother on his twelfth birthday. The anguish he felt, made infinitely deeper by the cruel coincidence, led him to doubt the Christian Revelation. Though he did not abandon the idea of a God, he could only think of Him as indifferent to the sufferings of the world. The gradual realization of his own homosexuality only deepened his pessimism. In a situation without rhyme or reason, all that was left for the man of honour was to endure and do what must be done, even though the doing would be in vain. It was this stoic philosophy that was to give his poems much of their appeal. 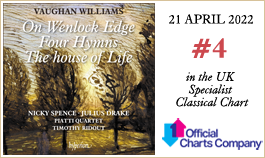