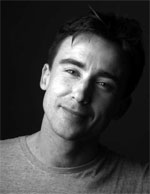 His recent output includes a number of large-scale orchestral works: Rivers to the sea was commissioned by the Philharmonia Orchestra/Esa-Pekka Salonen in 2012, winning a British Composer Award; and the more recent Partita, his fifth commission for BBC Symphony Orchestra, was premiered to widespread acclaim in 2016 under Sakari Oramo. Other conductors to have championed his orchestral music include Leonard Slatkin (Last Night of the Proms), Vassily Petrenko, and Gianandrea Noseda. His chamber opera Juliana, premiered under George Vass at the 2018 Cheltenham Festival, was described by The Guardian as 'that rare thing nowadays, a genuinely well-made chamber opera that achieves exactly what it sets out to do'.

Phibbs’s chamber music has been commissioned by, among others, London Sinfonietta, Navarra Quartet, Britten Sinfonia, Orchestra of the Swan, Piatti Quartet, Krzysztof Chorzelski, Michael Chance, and Iestyn Davies, and features regularly at festivals including BBC Proms, Cheltenham, Presteigne, Three Choirs, Spitalfields, Hampstead Arts, Bath, and City of London. His String Quartet No 3, written for the Belcea Quartet, was premiered at Carnegie Hall in 2018, prior to a London premiere at Wigmore Hall, and will be toured in Europe by the Belcea Quartet in 2021. He also composes frequently for choir, including for The Sixteen/Harry Christophers. Much of his output has been broadcast on BBC Radio 3.

His publishers include Boosey and Hawkes and Ricordi.