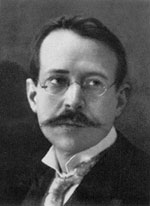 born: 22 April 1868
died: 31 May 1948
country: Portugal
José Vianna da Motta was one of the greatest pianists of his time, as well as a conductor, a teacher of international renown, a worthy musicologist and an important composer in the history of Portuguese music. Born in São Tomé in Africa in 1868, he left for Lisbon while still a child and soon began his music studies at the National Conservatory of Music. Also in Lisbon he received piano lessons from Joaquim de Azevedo Madeira.

The titular King of Portugal, Fernando II of Saxe-Coburg-Gotha, and the Countess of Edla, interested in guiding his precocious talent, awarded the young Vianna da Motta a scholarship in 1882 to study in Berlin at the Scharwenka Conservatory. Later, while a lodger at Frau Margarethe Lemke’s, he felt that his tuition at the Conservatory was unproductive, and he decided instead to pursue his studies with Professor Karl Schäffer. He rapidly earned an enviable reputation as a pianist in Berlin, frequently performing with that city’s Philharmonic Orchestra, as well as becoming a highly sought-after pedagogue, musicologist and conductor. In the summer of 1885 he went to Weimar to attend the masterclasses of Franz Liszt, an experience he would treasure for the rest of his life. Two years later he studied with Hans von Bülow, who not only had an important musical effect on the young man but also affected him deeply in a philosophical sense. Through this contact with Bülow, Vianna da Motta became a highly regarded interpreter and scholar of Beethoven.

Vianna da Motta remained in Berlin until the outbreak of war in 1914, giving frequent concerts in Europe and the Americas, appearing with such artists as Sarasate, Ysaÿe (with whom he performed in Carnegie Hall), Casals, Amalie Joachim and Busoni. Busoni dedicated a Mozart concerto cadenza to him as well as his transcriptions of Bach chorale preludes, and Vianna da Motta gave the premiere of Busoni’s transcription of Bach’s Toccata, Adagio and Fugue in C major. Albéniz also dedicated his piano work La Vega to him. With Busoni, Vianna da Motta embarked on a new complete edition of Liszt’s works for Breitkopf & Härtel. The two artists also collaborated on projects commemorating Beethoven and in Berlin performed Liszt’s transcription of Beethoven’s Ninth Symphony for two pianos.

After the outbreak of the First World War Vianna da Motta left Germany and accepted a position of professor of the ‘Classe de Virtuosité’ at the Geneva Conservatory, a post that had been held until his death by Bernhard Stavenhagen, another pupil of Liszt. He remained in Geneva, still touring as a concert pianist, until 1917, when he returned to Portugal, where he was resident for the rest of his life. Upon his return to Lisbon, Vianna da Motta became Chief Conductor of the Lisbon Symphony Orchestra. In this capacity he gave the Portuguese premieres of works such as Brahms’s Third Symphony, Saint-Saëns’s Phaéton, Berlioz’s Roméo et Juliette and Debussy’s Prélude à l’après-midi d’un faune.

In 1919 Vianna da Motta accepted the position of Director at the National Conservatory of Music in Lisbon and immediately undertook important reforms of the curriculum, including the opposition to the culture of Italian opera, which has dominated Portuguese musical culture during the eighteenth and nineteenth centuries, and the introduction of instrumental repertoire. Alongside these endeavours, Vianna da Motta established the Lisbon Concert Society in 1917 in order to create a new ‘taste’ for music among the Portuguese public.

After his return to Portugal, Vianna da Motta’s career gradually restricted itself to his homeland as his duties took more of his time and energy. He still left a small but important recorded legacy including works of Busoni, Liszt and Chopin, as well as his own music; he also made some piano rolls for the Welte-Mignon firm. These few performances, along with an amazing recorded performance of Liszt’s Totentanz conducted by Pedro de Freitas Branco in what proved to be Vianna da Motta’s final concert appearance, give us a clear view of Vianna da Motta the pianist, the musician and the thinker.

Vianna da Motta died in Lisbon in 1948. His music lives on in the spirit of Portuguese nationalism: its importance cannot be better illustrated than when his folk-dance Chlula was broadcast repeatedly on Portuguese State Television (RTP) during the Revolution of 1974, when Portugal became a Democratic Republic. It was this work that best illustrated the momentous occasion of the resurgence of Portuguese national pride.