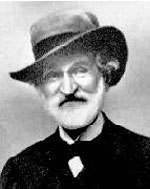 born: 10 October 1813
died: 27 January 1901
country: Italy
Verdi revolutionised Italian opera, finding a powerful musical expression for such themes as abduction, murder, premature death and seduction in early mature works like Rigoletto and La traviata and, in later life, brilliantly translating Shakespeare’s characters Othello and Falstaff to the operatic stage. Keyboard and other musical studies in Le Roncole and nearby Busseto nurtured the boy’s natural talent; however, he failed to gain a place at the Milan Conservatory. Undeterred, Verdi studied privately with Vincenzo Lavigna and duly became Maestro di Cappella in Busseto.

His first marriage ended tragically with the death of his wife in 1840. By then Verdi had completed his first opera, Oberto, which was performed in 1839 at La Scala, Milan. A series of works was commissioned by the illustrious Milanese theatre, including Nabucco and I Lombardi. Their public success led to further commissions elsewhere, with new works created for Venice, Paris, London, and Florence. His international profile was enhanced with the triumphant first productions of Rigoletto (1851), Il trovatore (1853) and La traviata (1853). In 1859, Verdi married the soprano Giuseppina Strepponi.

After the censors refused to allow the theme of regicide in Un ballo in maschera (1859), Verdi’s work was championed by Italy’s nationalist movement. By coincidence the letters of his name stood as an acrostic for ‘Vittorio Emanuele, Re D’Italia’, allowing partisan opera fans to cry ‘Viva Verdi’ in support of both the composer and Italy’s future king. Between the composition of Aida (1871) and Otello, created for La Scala in 1887, Verdi wrote little for the stage. His final opera, Falstaff, was immediately recognised as a masterpiece. 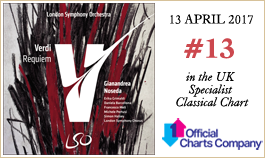