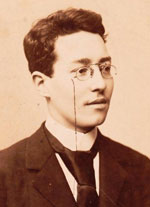 born: 16 January 1872
died: 31 December 1973
country: France
Henri Büsser (1872–1973) had a distinguished career within the French musical establishment. Following studies at the École Niedermeyer and then at the Paris Conservatoire with Franck (organ) and Guiraud, Gounod and Massenet (composition), Büsser won the Prix de Rome in 1893. With the backing of Gounod, he became organist of Saint-Cloud. He was appointed to the staff of the Paris Conservatoire in 1904, and became one of the composition professors in 1931. As a composer, Büsser is best known for his stage works, such as his ballet La ronde des saisons (1905) and his opera Colomba (1910).