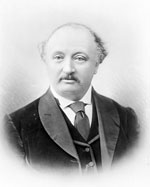 born: 6 June 1840
died: 31 March 1901
country: United Kingdom
Sir John Stainer (1840–1901), one of the most significant figures in the musical life of Victorian England, has perhaps been unjustly maligned by many writers. The late Professor Arthur Hutchings wrote: ‘Do not let us underestimate Stainer. We ought to have sent most of his church music to be pulped, and let us waste no time in delaying the pulping. And if Stainer’s goes, then let most choir music by his contemporaries and inferiors precede it. Not much is worth saving before the best of Stanford’s.’ Since the distinguished author wrote those words in 1967 – at a time when serialism and magic squares as compositional techniques seemed a worthwhile aim – the music of the Victorian era has been substantively re-evaluated. Hutchings missed an important point: Stainer was neither better nor worse than the best of musicians in any generation; his music is not the product of an inferior composer but that of a man responding to the musical taste of Victorian England. Sir Arthur Sullivan’s music has had to bear similar verbal lashings. Let us not judge Stainer, then, but rather the musical taste of the Victorians if it does not please our ears today, for the Victorians regarded both Stainer and Sullivan very highly. Dr Peter Charlton, the author of a book on Stainer, has written: ‘Whatever the reactions to his music in his time, he realised that much of it would not last; it was written to serve a need and he made no pretensions to being a great composer.’ Stainer was one of the best organists of his generation and a superb improviser. He helped to raise the standard of cathedral music-making and made St Paul’s Cathedral, where he was appointed organist in 1872, a centre for contemporary church music – commissioning composers to write new works, just as is the case today.