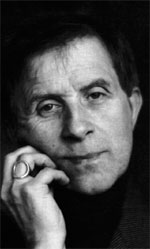 born: 1941
country: Iceland
Haflidi Hallgrímsson is one of the most important figures in the 20th Century flowering of Icelandic music. Born in 1941 in the small town of Akureyri on the north coast of Iceland, he began playing the cello at age 10 and studied in Reykjavik and at the Accademia Santa Cecilia in Rome. He continued his studies in London with Derek Simpson at the Royal Academy of Music and was awarded the coveted Madame Suggia Prize in 1966. The following year he began compositional studies with Alan Bush and Sir Peter Maxwell Davies. On leaving the academy he remained in Britain, eventually making his home in Scotland having being appointed Principal Cellist with the Scottish Chamber Orchestra. Despite his success as a performer the urge to compose proved stronger, and in 1983 Hallgrímsson left the orchestra to devote himself to this activity full time.

His catalogue includes instrumental, chamber and orchestral works, and he received international recognition for the highly successful Poemi for solo violin and string orchestra, which was awarded the prestigious Nordic Council Prize in 1986 after winning second prize at the 1985 International Wieniawski Competition and the Icelandic Dagbladid Visir Cultural Prize.

Although he admits to some major influences, Hallgrímsson’s musical style is entirely original, showing a sensitivity to line and colour, shape and texture—not surprising from a composer who in 1969 performed one of his earliest compositions, Solitaire for solo cello, surrounded by an exhibition of his own drawings and paintings. Such involvement with the visual arts remains a key influence on Hallgrímsson’s musical style and in 1996 he was commissioned by the Scottish Chamber Orchestra to write Still Life, in conjunction with a specially commissioned painting by Craigie Aitchison. Aitchison’s work was also an influence on Hallgrímsson’s Symphony No 1 (Crucifixion) (1997), commissioned by the Royal Philharmonic Orchestra as part of the Maxwell Davies Millennium Programme of commissions.

In 2003 Hallgrímsson produced a long awaited Cello Concerto, commissioned jointly by the Oslo Philharmonic, the Iceland Symphony Orchestra and the Scottish Chamber Orchestra for cellist Truls Mørk, who has since championed the work in a number of performances across Europe, and recorded it for the Ondine label. Two years later, Hallgrímsson produced his largest chamber work to date, Notes from a Diary (2005) for viola and piano, an intensely moving evocation of a visit to The Anne Frank Museum in Amsterdam.

Recent years have seen ever-increasing interest in Hallgrímsson’s music, with a number of significant performances, and the release of a number of portrait CDs featuring his choral, orchestral, chamber and keyboard works. In 2008 the Iceland Symphony Orchestra announced Hallgrímsson as their composer in residence—a three year association that will encompass performances and three new commissions, including a violin concerto for Jennifer Pike, and a concerto for orchestra.