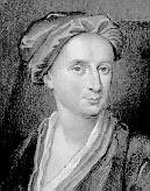 born: 1688
died: 23 June 1766
country: United Kingdom
Roseingrave was born in Winchester in 1688, the son of an organist and composer. He studied at Trinity College, Dublin, and in Venice, and established himself in London in the 1720s, becoming organist of St George’s Hanover Square in 1725. His later years were clouded by madness; he was forced to relinquish his post in 1744 and returned to Dublin around 1750, where he died in 1766.