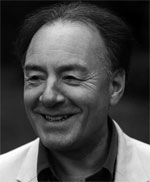 born: 1955
country: United Kingdom
Ian Venables studied composition with Richard Arnell at Trinity College of Music, London and later with John Joubert, Andrew Downes and John Mayer at the Royal Birmingham Conservatoire. His works encompass many genres and he has added significantly to the canon of English art song.

Ian Venables is President of the Arthur Bliss Society, a Vice-President of the Gloucester Music Society, Chairman of the Ivor Gurney Society and an Honorary Fellow of Exeter University. His music is published by Novello and Co (The Wise Music Group) and has been recorded on the Regent, SOMM, Signum and Naxos labels.