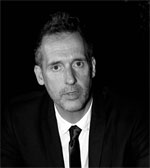 Recent works include Circuit, a double concerto for two pianos and orchestra, Lens for Janine Jansen and Twenty Six Days for 10:10 at HCMF. From 2007 to 2009 he was Composer in Residence with London Chamber Orchestra. 2011 highlights included a Cello Concerto for Yo-Yo Ma at the Proms and a new production ‘Mindset’ for the Royal Ballet. 2012 saw a new commission for the London Olympics, a new opera for the ROH in collaboration with Jasmin Vardimon and work for aerial theatre company Ockham’s Razor with Ruth Wall. In 2013 he composed for Les Percussions Claviers de Lyon and wrote a new orchestral work to celebrate 2014 European City of Culture, Umea in Sweden.

In 2015 Graham was commissioned by RLPO for a new concerto for orchestra Intimate curve and toured the FitkinWall album LOST in UK and Italy. The following year he composed new work for the Royal Aeronautical Society and St George’s Bristol, and recorded two albums with his own band, before touring the UK.

The first performance of his new Recorder Concerto took place in May 2017 with Sophie Westbrooke and BBC National Orchestra of Wales. Also in 2017 he was commissioned to compose a new orchestral and choral work for the Three Spires 40th Anniversary based on Sir Humphry Davy.