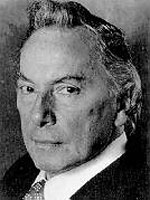 born: 24 September 1914
died: 27 October 1991
country: Poland
I have a picture in my mind of Andrzej as a child. It is somewhere in the middle of Poland in the early 1920s. There is an open field, a wide horizon with scudding clouds, and a telegraph pole standing in the wind. A young boy leans his ear against the wood. He listens intently …

Andrzej Panufnik was always ahead of his time. The young boy who liked to feel the vibrations of the future through the wind in the wires, grew into the man who created works like Sinfonia sacra and Sinfonia votiva which would become both signals and antennae of the Polish struggle for independence and identity, the Solidarity movement, and changes no one had even dared imagine.

I remember when I was a student in Poland, at the end of the 1960s, my composition teacher Witold Rudziński arrived at our class one day looking a little nervous and drew a large, ageing envelope from his briefcase. It contained copies of some of Andrzej’s works of the later 1940s—Twelve miniature studies, Lullaby, Nocturne and Sinfonia rustica, all still in principle ‘banned’ in Poland. He pointed out how almost everything in the language of the Polish School of the 1960s was already sketched in prototype in these pieces: the resonant clusters of notes close together, large luminous chords containing all possible notes in kaleidoscopic patterns, microtones or pitches ‘between the cracks’ of the piano keys, and orchestral notations of an elegant openness and plasticity adopted later by composers like Stravinsky and Boulez.

Andrzej paid the price of being ahead of his time. By the end of the 1940s he found himself in the impossible position of being ‘used’ by the Communist political establishment to promote official Polish culture whilst his own exploratory work, and the creative work of others, was banned. He felt he had no choice but to leave. But even in exile in Britain he was marginalised. It is a grim irony that in one of the most (otherwise) enlightened periods of British musical life, his ritual forms, warm orchestral colour and expressivity, all pointers to the musical future, should have been perceived as ‘out of fashion’.

But time eventually caught up with Andrzej’s shooting star. I was lucky to be present in the National Philharmonic Hall in Warsaw in 1978 when The Scottish National Orchestra gave the Polish premiere of Sinfonia sacra. From the moment Alexander Gibson swung his baton in an arc to begin, the atmosphere was electric, and the standing ovation seemed to last for hours. Andrzej had not yet arrived in Poland in person, but his music had landed like a meteor from the sky. Time was also catching up in the West, with a string of high profile commissions for major orchestras, including such important works as Symphony No 10 for Sir Georg Solti and the Chicago Symphony Orchestra and the Cello Concerto for Rostropovich and the LSO.

Although Andrzej lived most of his life as a man of the future, and was often forced to eat ‘bitter bread’, he was very much a human being of the present. He may have conducted for Chairman Mao and Zhou Enlai, but he dined with Picasso and Princesses. He was introverted but warm and passionate, deeply reflective but with a cheeky sense of humour, a total artist and musician, and a loyal friend. I feel privileged to have known him, and celebrate this important acknowledgement of his specialness from one of the great orchestras who interpreted his work. As the composer Edgard Varèse once said, ‘Contrary to popular belief, an artist is never ahead of his time, but most people are far behind theirs’.