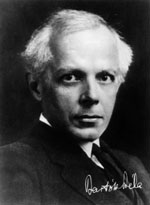 born: 25 March 1881
died: 26 September 1945
country: Hungary
Born in 1881 in Hungary, Bartók began piano lessons with his mother at the age of five. He studied piano and composition at the Royal Academy of Music in Budapest, where he created a number of works that echoed the style of Brahms and Richard Strauss. After graduating, he discovered Austro-Hungarian and Slavic folk music, travelling extensively with his friend Zoltán Kodály and recording countless ethnic songs and dances which began to influence his own compositions. Kodály also introduced him to the works of Debussy in 1907, the year in which he became Professor of Piano at the Budapest Conservatory.

Bartók established his mature style with such scores as the ballet The Miraculous Mandarin and his opera Bluebeard’s Castle. He revived his career as a concert pianist in 1927 when he gave the première of his First Piano Concerto in Mannheim.

Bartók detested the rise of Fascism and in October 1940 he quit Budapest and travelled to the USA. At first he concentrated on ethno-musicological researches, but eventually returned to composition and created a significant group of ‘American’ works, including the Concerto for Orchestra and his Third Piano Concerto.

His character was distinguished by a firm, almost stubborn refusal to compromise or be diverted from his musical instincts by money or position. Throughout his working life, Bartók collected, transcribed and annotated the folk-songs of many countries, a commitment that brought little financial return or recognition but one which he regarded as his most important contribution to music. 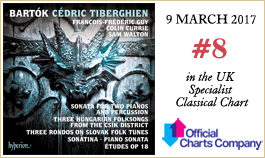 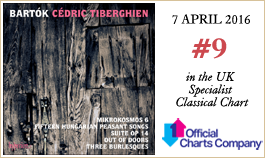