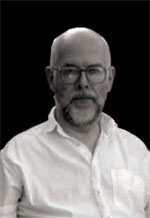 born: 16 March 1943
country: United Kingdom
Adrian Jack was born on 16th March, 1943, started piano lessons when he was four, and began composing, with a short set of variations inspired by Beethoven, when he was thirteen. From 1961 to 1964 he studied piano, composition and organ at the Royal College of Music and from 1967 to 1969 he studied composition and electronic music at the State High School of Music in Warsaw.

On returning to London he started writing reviews and music journalism which he continued until 2004. From 1970 to 1977 he lectured at the Royal College of Music, and from 1977 to 1994 he was on the staff of the BBC as a scriptwriter for music programmes. Since retiring he has made several series of programmes for BBC Radio — some on the rudiments of musical language, some on historie church architecture and music, and two radiogenic programmes combining readings from literature with music — Chromatic Fantasy and From the Diary of a Fly. From 1978 to 1994 Jack was also director of an influential series called MusICA at London’s Institute of Contemporary Arts, which show-cased present-day music.

Adrian Jack has written music for various instrumental ensembles, six string quartets (four of which are recorded on the Deux-Elles label) as well as three piano trios and many pieces for solo piano and organ. A good deal of his music has been broadcast.