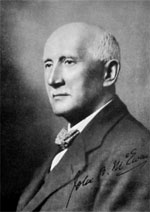 born: 13 April 1868
died: 14 June 1948
country: Scotland
McEwen was born in Hawick and studied music at Glasgow University before going on to the RAM in London. McEwen is remembered chiefly for his chamber music, including nineteen string quartets, of which the programmatic No 6, subtitled ‘Biscay’, remained longest in the repertoire. His orchestral overture Grey Galloway (the second of three ‘Border Ballads’) is still heard occasionally. His piano music includes some notably Debussian miniatures in the 5 Vignettes à la côte d’argent of 1913. Perhaps McEwen’s best-known work, at least by repute, was his programmatic Solway Symphony, which was composed in 1911 and was a prize-winning submission to the Carnegie UK Trust’s 1920s competition, which resulted in its being published in full score—receiving soon after, in 1923, a pioneering recording on acoustic 78s, the first British symphony to be recorded complete. Although given four performances by Dan Godfrey at Bournemouth this work was soon overshadowed by the symphonies of Vaughan Williams, Bax and others, and it quickly faded from the repertoire. 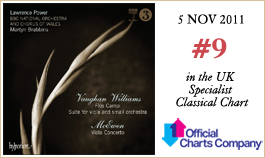