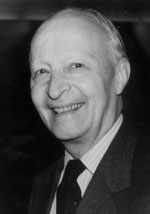 born: 25 January 1913
died: 8 February 1994
country: Poland
Witold Lutosławski was indisputably one of the major composers of the twentieth century. Born in Warsaw in 1913, he showed prodigious musical and intellectual talent from an early age. His composition studies in Warsaw ended at a politically difficult time for Poland so his plans for further study in Paris were replaced by a period which included military training, imprisonment by the Germans and escape back to Warsaw, where he and his compatriot Andrzej Panufnik played in cafes their own compositions and transcriptions.

After the war, the Stalinist regime banned his first symphony (1941-47) as 'formalist', but he continued to compose and in 1958 his Musique funèbre, in memory of Bartók, established his international reputation. His own personal aleatoric technique whereby the performers have freedom within certain controlled parameters was first demonstrated in his Jeux venitiens (1961) and is to be found in almost all the later music. 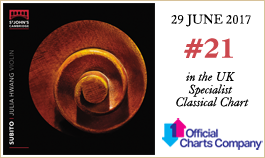