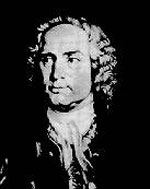 born: 3 September 1695
died: 30 March 1764
country: Italy
'Locatelli must surely be allowed by all to be a Terre moto … Mais pourtant, Messrs, quels Coups d’archet!, Quel Feu! Quelle Vitesse! … He plays with so much Fury upon his Fiddle, that in my humble opinion, he must wear out some Dozens of them in a year.'