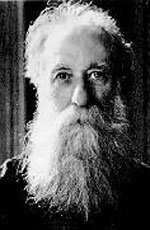 born: 27 November 1867
died: 31 December 1950
country: France
Charles Koechlin (1867–1950) was, until recently, better known as a teacher and pedagogue than as a composer. But as more musicians discover the delights of his vast and varied output through recordings, new publications and the efforts of his family and devotees, Koechlin has now become accepted as a powerful composer of great vision and originality, as well as a master orchestrator (Fauré’s Pelléas et Mélisande Suite, Debussy’s ballet Khamma) and a pioneer of polytonality.

Although born in Paris, Koechlin’s family background was Alsatian, rich and bourgeois. He inherited what he termed an Alsatian temperament—a mixture of energy, naivety and an absolute, simple sincerity that lies at the heart of his music and character. The key words in his artistic credo were freedom and independence, tempered of course by discipline and craftsmanship. In some respects, Koechlin was similar to Charles Ives in that music flowed from him in a ‘stream of consciousness’, completely without concessions or thoughts of commercial success, and both composers admired the transcendentalist philosophies of Emerson and Thoreau. Like Ives, Koechlin left a large corpus of sensitive and original songs that are still not widely known.